Being a cold loving person I recently saw a temperature map of Europe showing that throughout the whole continent it’s above zero. To say that I was shocked is understatement.

In my memory this is the first winter ever without any snow. Not only that, but we’ve got flowers blooming in February! Whenever I take my child to the kindergarten we count how many different types of flowers we spot. The last time it’s been galanthuses, coltsfoots, and leucojums. It’s a fun 15 minute walk but I would rather prefer to pull my child on the sledge rather than explore the spring flora. And so I decided to get some snow and head over to the north of Finland.

I drove ~900 km north of Helsinki to Ruka. It was well worth it. Even though the temperature is rather high (fluctuating between -1C and +1C), there’s still enough snow for skiing and hiking. I also finally saw those famous Lapland trees that get bent under the heavy snow. 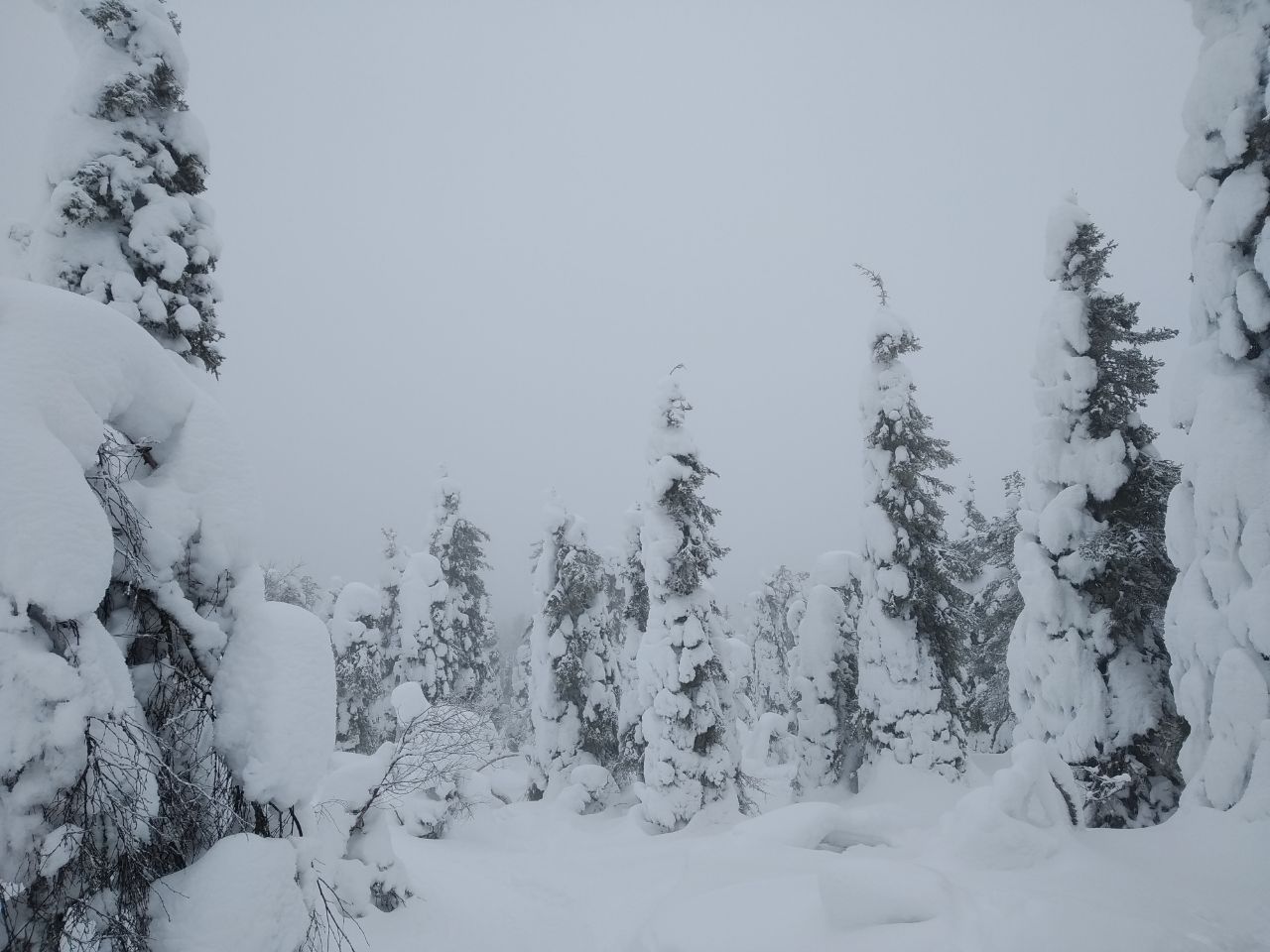 My Elm learning got to the next level. After taking an intro course on Udemy I was left with a lot more questions than I initially had. All of them were a beginner type of questions from someone who has never heard of functional programming. It’s not just about learning the new syntax and some core functions and structures, it’s a whole new thing. And so I decided to create my own video course. I’ll create a new blog post about the process after the course is done, but so far I can say that teaching something is the best way to learn that topic. It is also way harder and longer that I anticipated, and to a degree it’s even harder than presenting on a stage.