Tallinn is divided into 8 districts which in turn are sub-divided into smaller parts. While everyone who lives in the city they were born think they know the place, tourists and expacts usually know way more. When I lived in London I loved to explore tiny villages that the city eventually consumed. When you arrive there the place still feels like a village. In a series of blog posts I want to explore my own city’s sub districts and map them here. 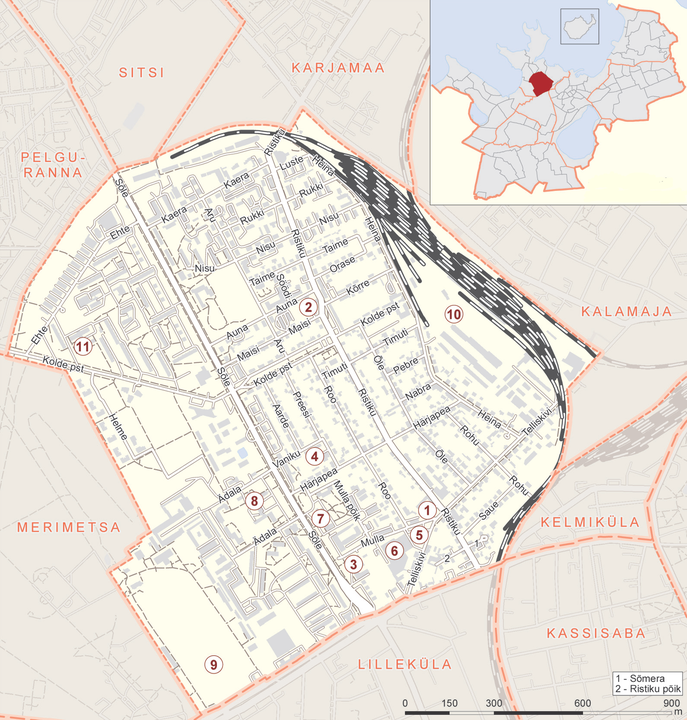 Pelgulinn is a small beighborhood which is roughly 2.4 km2. It has very diverse architecture: from 19th century wooden buildings that still use stove heating to soviet Khrushchyovkas, and finally to modern buildings that have been erected in the past 10 years. There is a very clear border between the “modern” blocks of flats and old wooden houses. If you look at the map, everything to the “right” of the Sõle street was mostly built in the 19th and the beginning of the 20th century. Everything on the left was built much later in time.

On a few occasions I was hunting for a new flat and considered getting one in a wooden house here. A renovated house has pretty good heating, doesn’t get cold and moist in winter, and looks and feels extremely cozy. However, the problem is that it is also extremely hard to find a flat with a decent room layout. Also on average, these flats are more expensive per m2 and smaller. I still live in Pelgulinn though and take a daily walk through the streets filled with tiny houses. 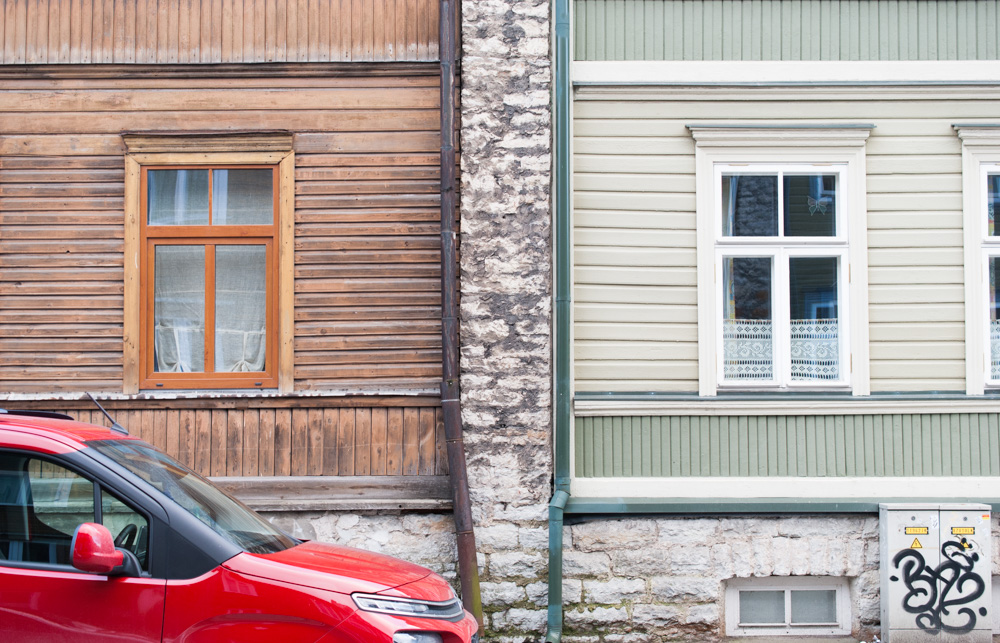 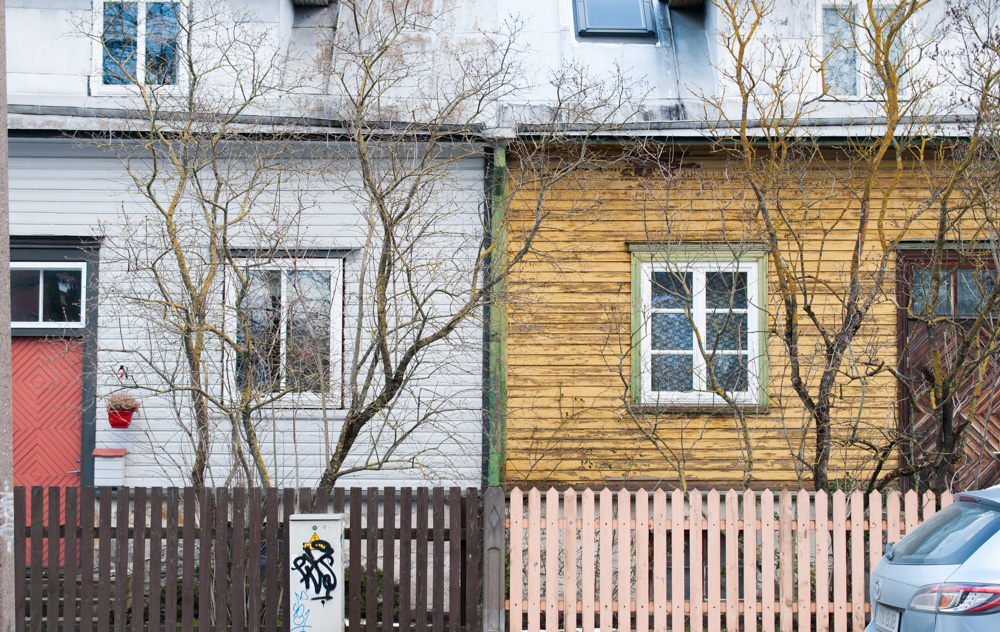 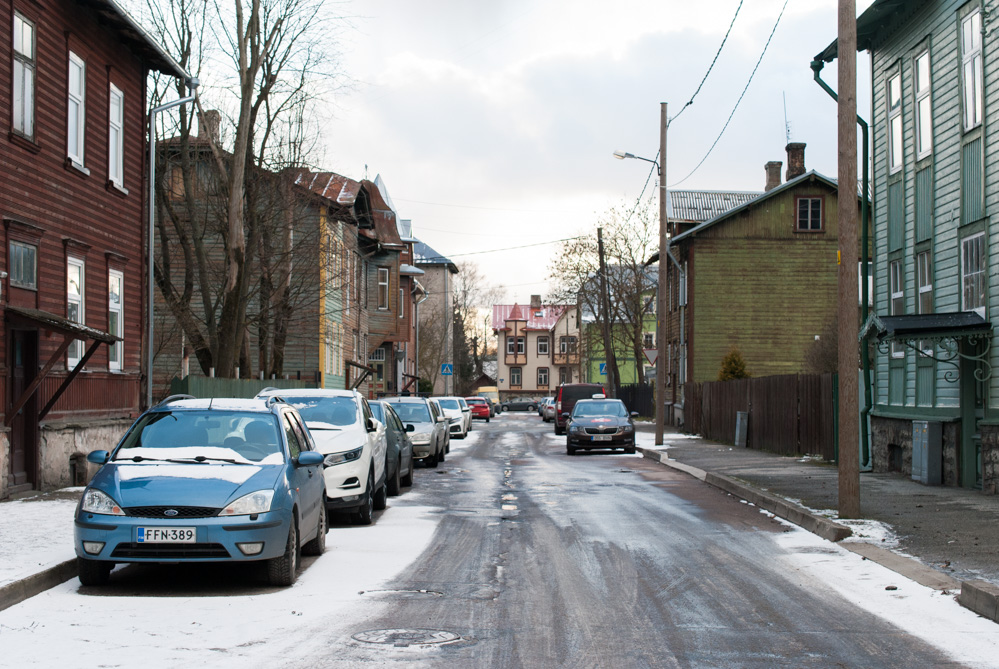 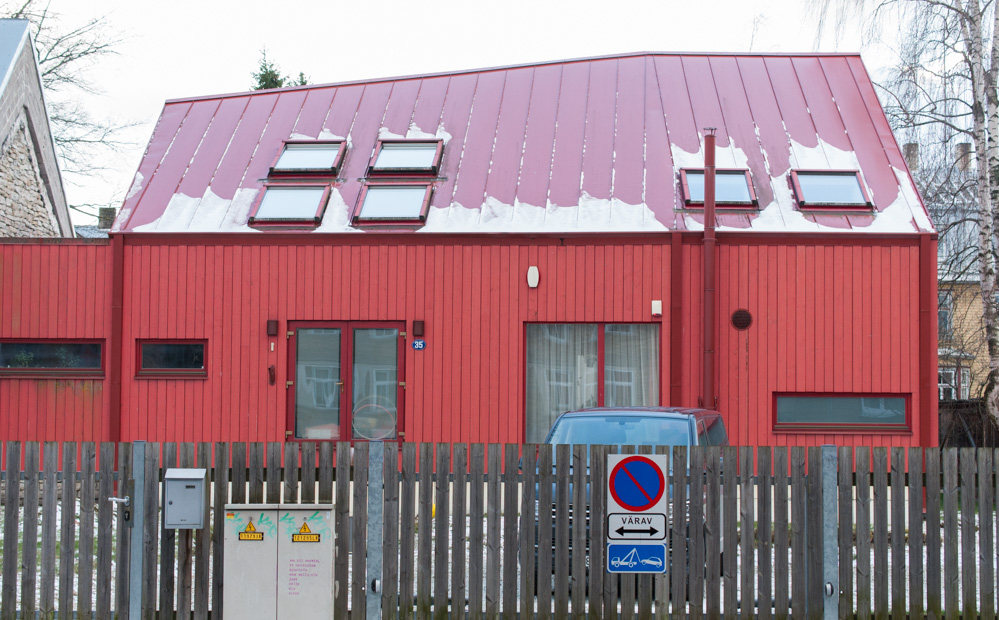 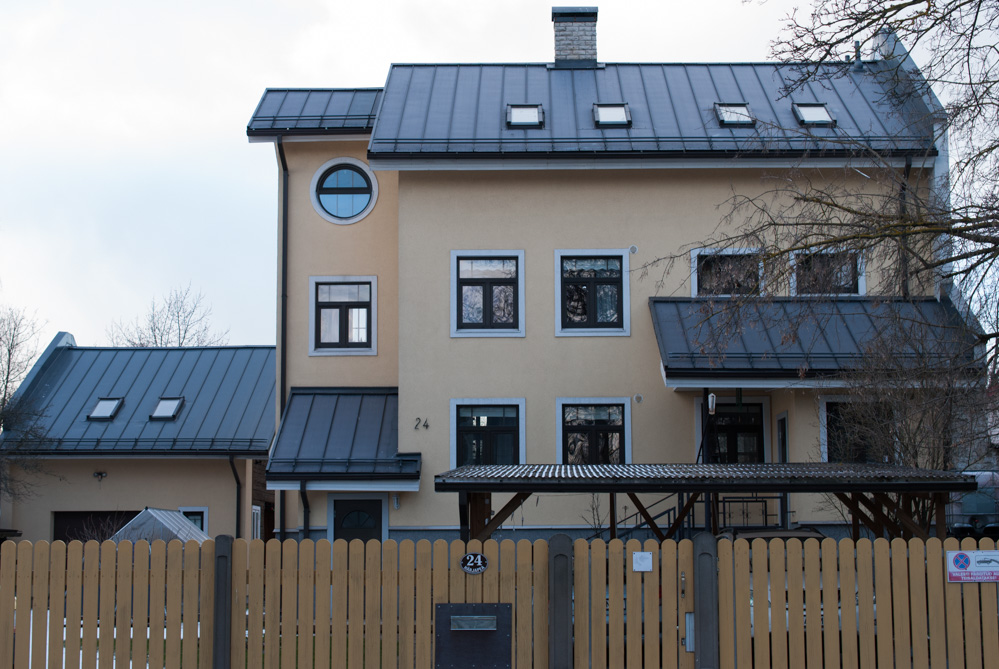 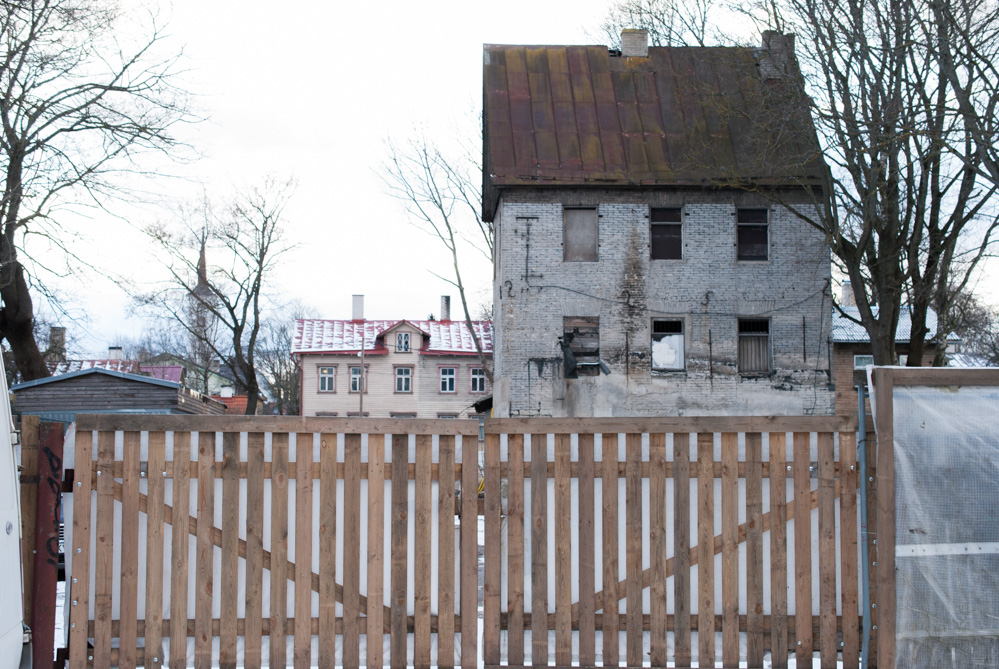 In London it is quite common to have bee hives within the city: on the roofs of blocks of flats, in the parks and gardens. Here in Tallinn I’ve see just few that were put by the current president of Estonia Kersti Kaljulaid in the Kadriorg park. However I managed to find one house in Pelgulinn with several hives: 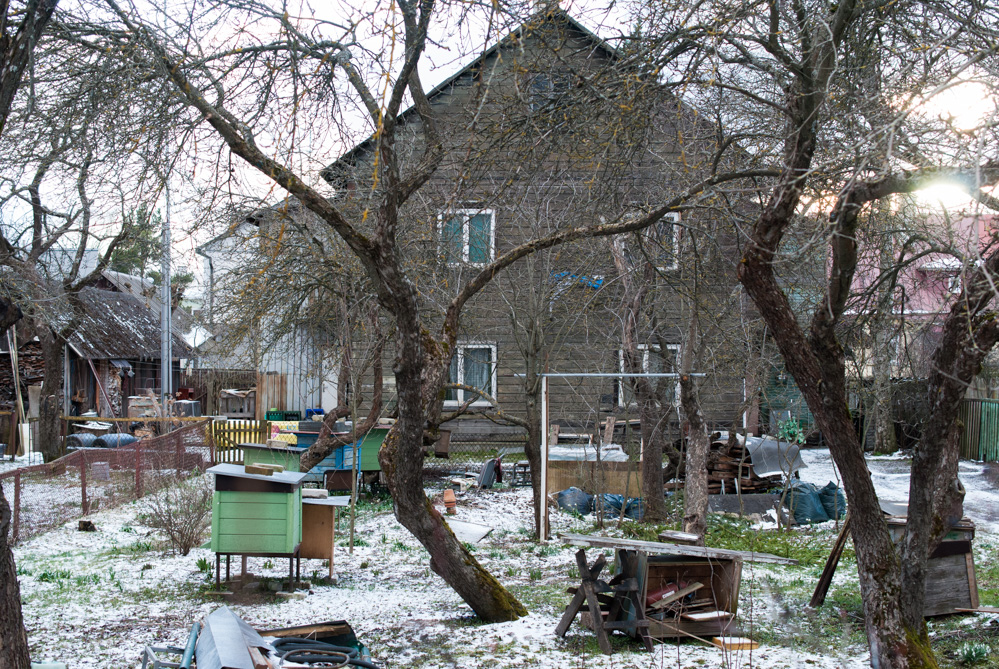 There is an active church that was built in 1920-1930s. Every Sunday morning I hear the bell ringing which indicates the start of the service. 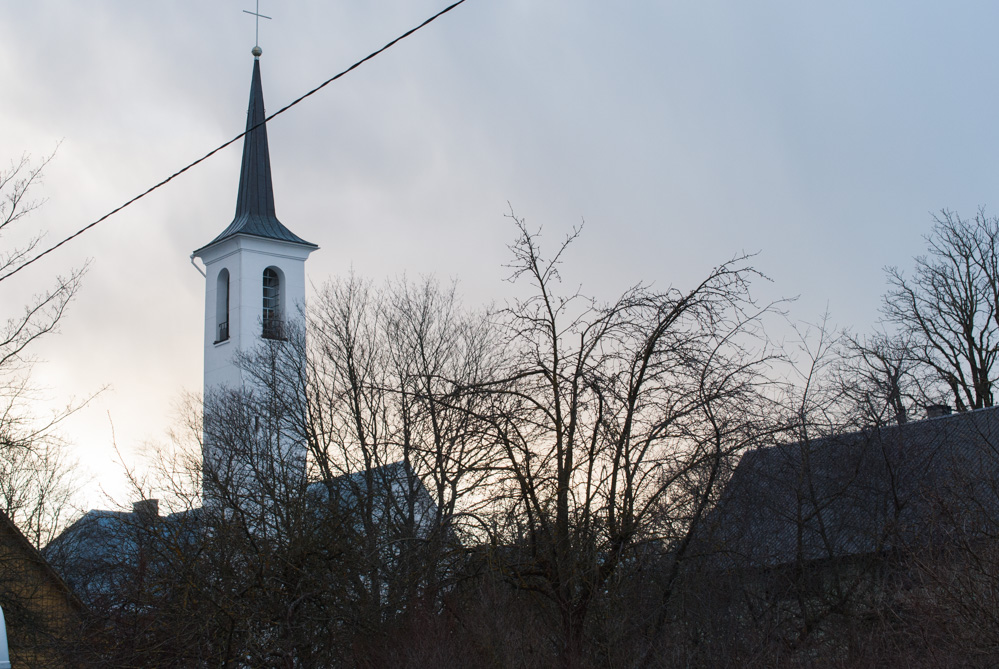 While the Hoodmaps do not make a big distinction between Pelgulinn and Kalamaja, the latter is more hip and trendy with lots of cafes, bars, and pubs, whereas the former is a very quite and family-friendly district. There are however couple of nice places here too, namely Kaja Pizza and Ristikheina Cafe. 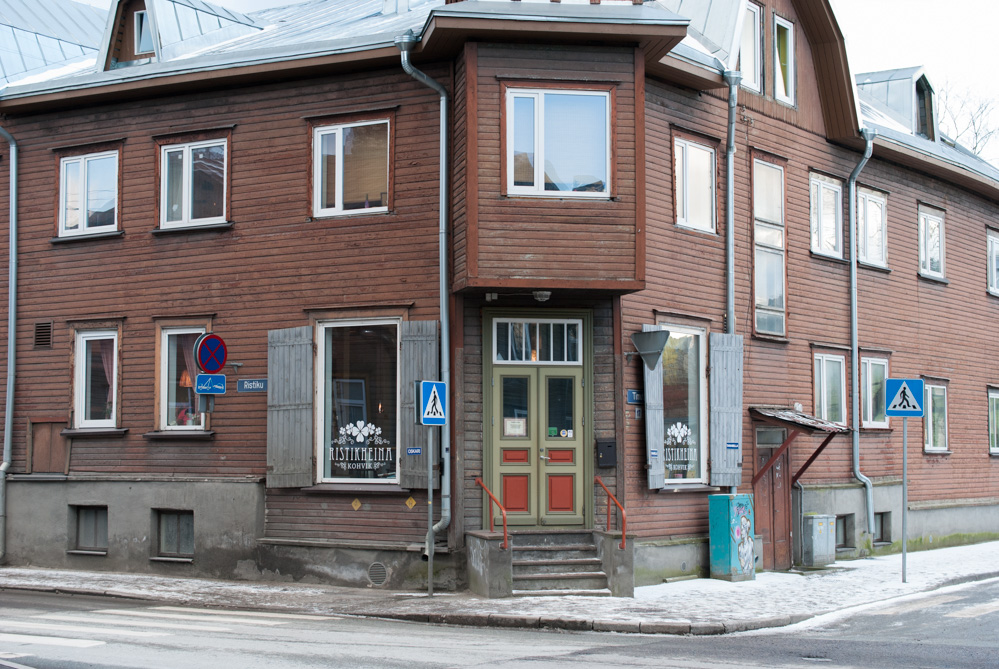