Probably the biggest event for me this month was me speaking on the local developers meetup. It’s been almost 2 years since I took public speaking course, and thanks to all of the lockdowns I haven’t been able to practice these my skills. After much hesitation I sent the proposal and it got accepted.

Having gone through the learning part before, I prepared the slide deck, the story, came up with some jokes, and practiced several times in front of the family and one of the organizers. Yet no matter how much you practice and perfect the presentation there’s still this fear of the unknown. And I won’t be me without a fuckup.

During the presentation my computer stopped working right when I was about to demo some code. Luckily there was another one nearby that we’ve switched to quickly, but I forgot to send the organizers my demo code so was left with just the slides.

There were some other mistakes I made in the presentation, namely my voice was too monotonous that it made some people really bored. Or my introduction to the topic was too long. But in the end I think I’ve managed to give a decent presentation about Elm programming.

I don’t receive that many emails into my inbox and I rarely subscribe to newsletters preferring to read blogs and news via Telegram. But whenever I get a nice-looking or interesting email, I label it as such and save in my inbox so I could later check it out again.

This month I got two of such emails. One from The Prepared project, and another from the E5 Bakehouse.

I’ve just recently subscribed to The Prepared newsletter which talks mostly about manufacturing (something I’m not that interested in), but what caught my attention is they also discuss adjacent topics like planning & strategy, distribution, logistics, and often have interesting stories.

As for the E5 Bakehouse, I learned about them ages ago while living in London right next to this bakery. And while I can’t buy their bread or pastries, I always love to read about what’s happening to them, what new products they’ve developed, and what partnerships they made. In their latest email they talk about receiving a batch of coffee beans via sail boat from Colombia. Just think of it for a second: a 21st century world with millisecond delays in information exchange, re-useable rockets flying to space, and here we are with a zero-carbon footprint slow coffee delivery system. It’s just amazing. 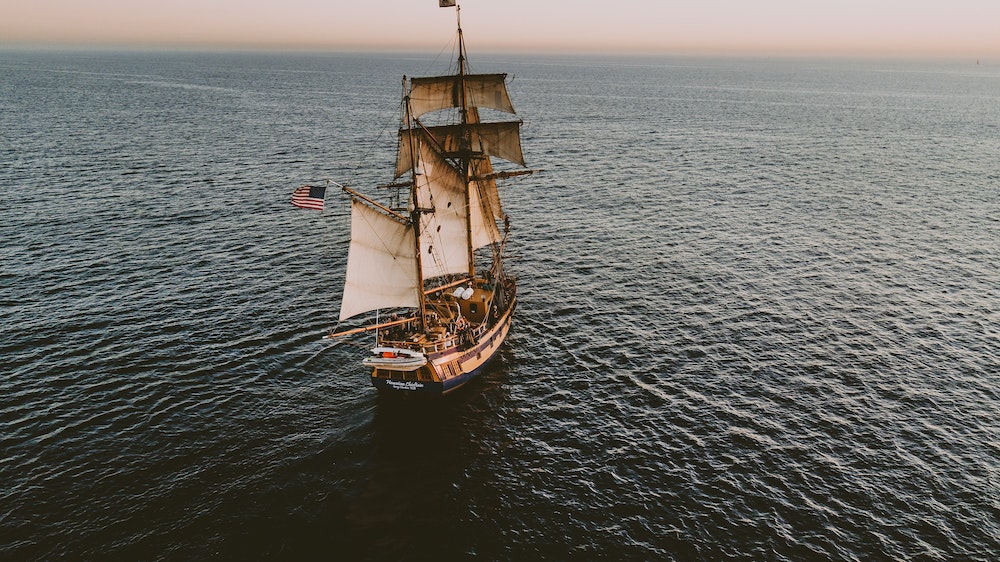 As I’m slowly going through The Greatest Story Ever Told by Lawrence Krauss, I keep getting amazed by how scientists work, think, and make new discoveries. While the modern-day science might be a bit different from the one we had 50-100 years ago, I think the process of coming up with new ideas and approaches to solving problem is still the same: maths and imagination. It all starts with the question “What if?”.

You might have heard of Paul Dirac in school physics classes. He has been trying to describe the behaviour of electron, the particle that is orbiting the nucleus of an atom, and eventually came with the famous equation which among other things could explain energy levels of electrons. Dirac’s equations worked great, however there were some caveats, namely maths predicted the existence of other particles yet unknown to science. This particle later became the positron.

Another captivating story is about the string theory. Without going into too many technical details (and how many people were, and still are, involved in this theory), the history of how it came to be is rather interesting: what if all the matter in the Universe consists of small vibrating strings. Not the atoms. Not the protons and neutrons. Not even quarks. But instead tiny strings. And depending how these strings vibrate you get different particles. Now that you have an idea, you go and try to prove it mathematically. And this is how scientists came up with 11-dimension Universe in its latest revision called the M-theory.

What left me in awe after reading about many of the scientific discoveries is that you can use maths to describe any crazy world that we might live in. Of course if the equations work out in the end. There’s no experimental proof to M-theory, but the math is there, and it means people can visualize such structure of the Universe in their heads. We can also mathematically describe parallel worlds. Or that we’re just a 2-dimensional hologram.

Until some time ago the way I was listening to music was mostly via radio which plays pop songs. Whenever I work I tend to just play that radio or put some song on repeat and write code. This works like mantra and allows me to switch off from the external world and concentrate on the task at hand. This is similar to how Matt Mullenweg, the founder of WordPress, works. But since I started taking singing classes things changed.

I started listening to the way people sing. Not just the music, but the voice as well. The notes they use, how they operate with their voice. As a result I quickly got bored of the pop music I hear on the radio, and I started to listen to the Spotify recommendations and discovering new great musicians.

The first in the list is Charlotte Cardin who has just released her first studio album.

Another Spotify recommendation that caught my attention was “The Labyrinth song” by Asaf Avidan who has such a “weird” (in a pleasant way) voice that it’s impossible not to pay attention to him.

Most likely everyone heard his song “One Day”, but I never learned who the singer was until recently.