I’ve been baking sourdough bread on and off for almost 7 years now. And during those years there were so many failed attempts that made me rage quit the whole process and throw my starter in the bin, only to calm down few months later and start from scratch. I tried to be systematical and change ingredients and processes. I used different flours: all brands of Estonian flour, Italian flour, Georgian flour. I used filtered water, bottled water, regular water. I endlessly watched YouTube, read online, consulted friends, and took a course. And it still didn’t work. Until it finally did. It was the starter. 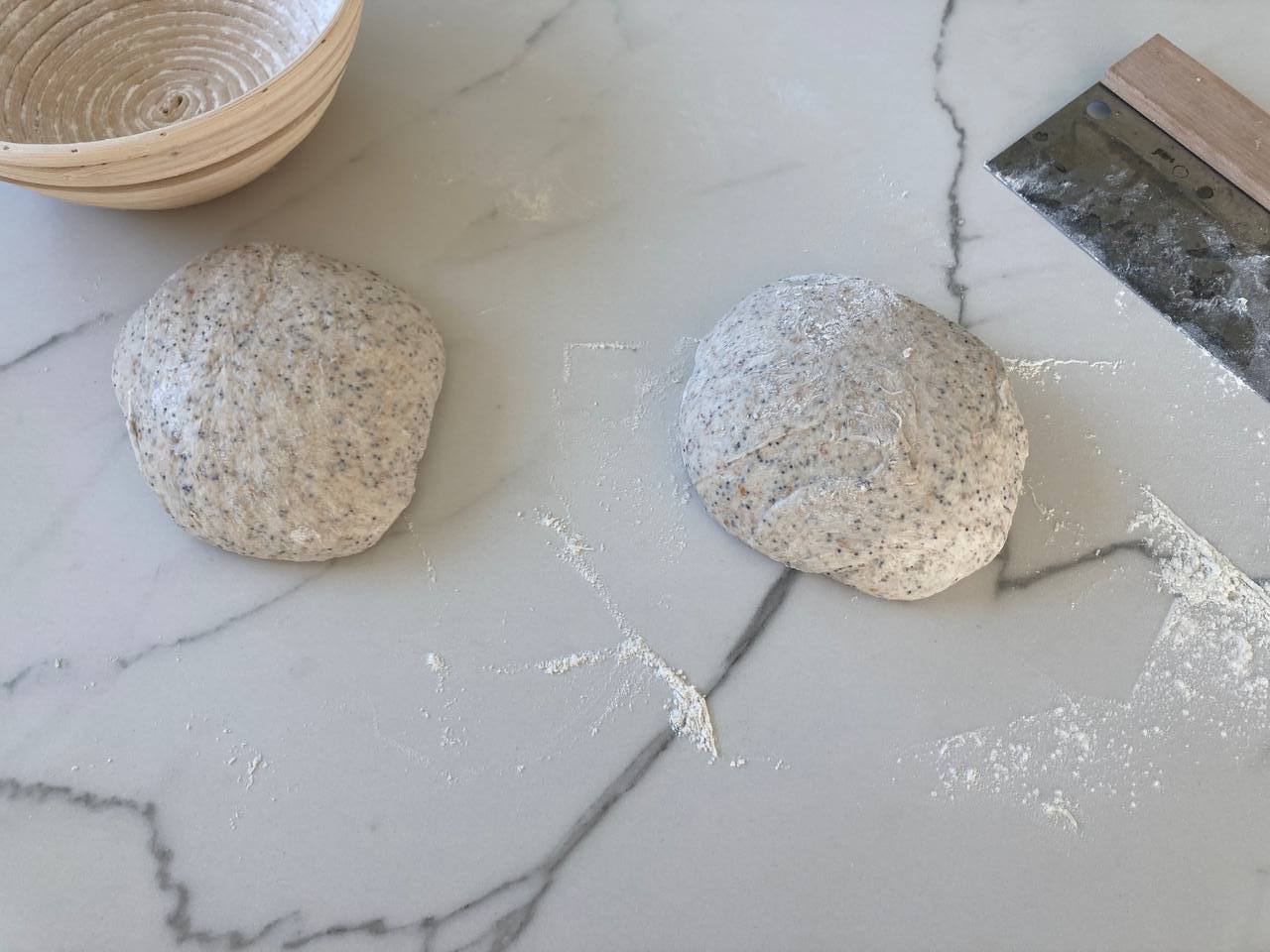 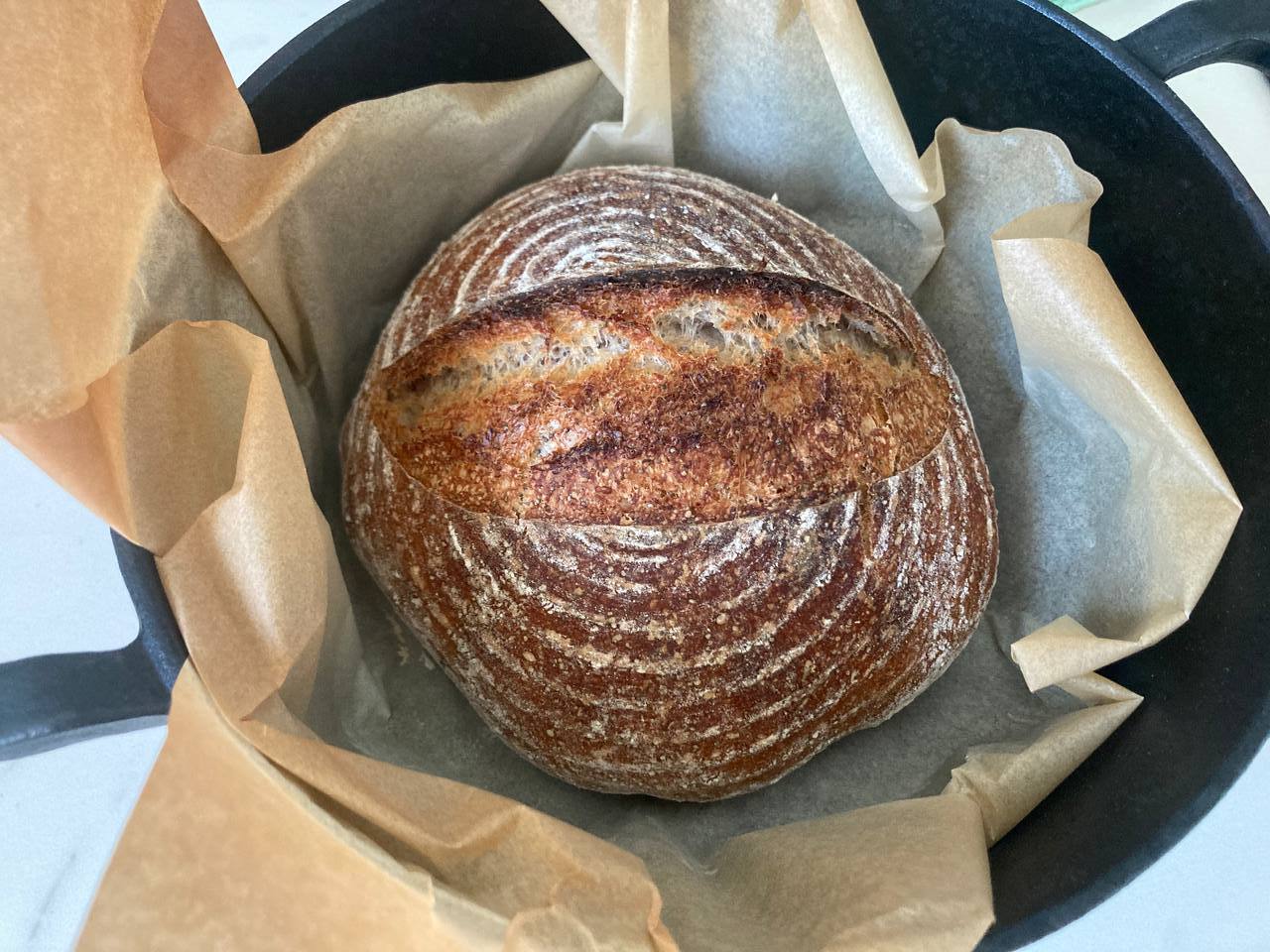 I cannot confidently say that the reason for a weak starter was the temperature, but in all likelihood it was. Often times I tried to make the starter from scratch: mix water and flour, feed it daily, and voila. Bullshit. The capricious starter just didn’t want to work its magic and raise my bread.

We must stop here for a small caveat that needs to be said: I wanted a 100% wheat flour starter. I tried that. And I tried to convert rye starter by swapping ever-bigger amounts of rye flour with wheat. And I also tried fruit yeast by using summer fruit like apples, pears, and plums, and fermenting them in water. But then one day things seemed to work out when I kept the starter in the oven with lights on.

Normally the oven has its temperature 1-3C higher than elsewhere, and if you turn on the light it will warm the air even more. This helped to kickstart the process and finally helped to make the yeast strong enough to work on daily schedule. As of this writing I have the longest-living starter I ever had in those 7 years: it is now almost 8 months old. Heck, it even travelled with me to another country. 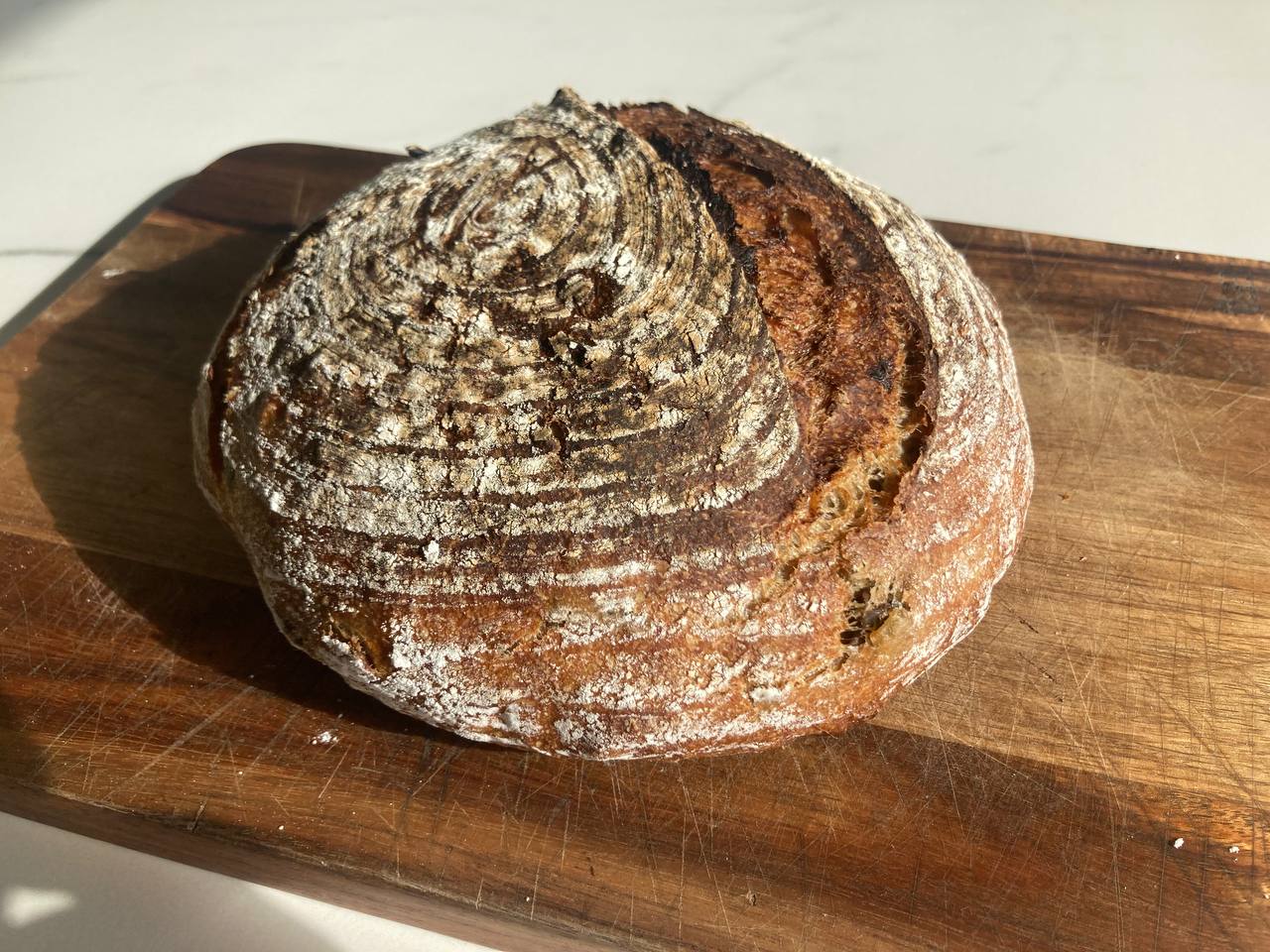 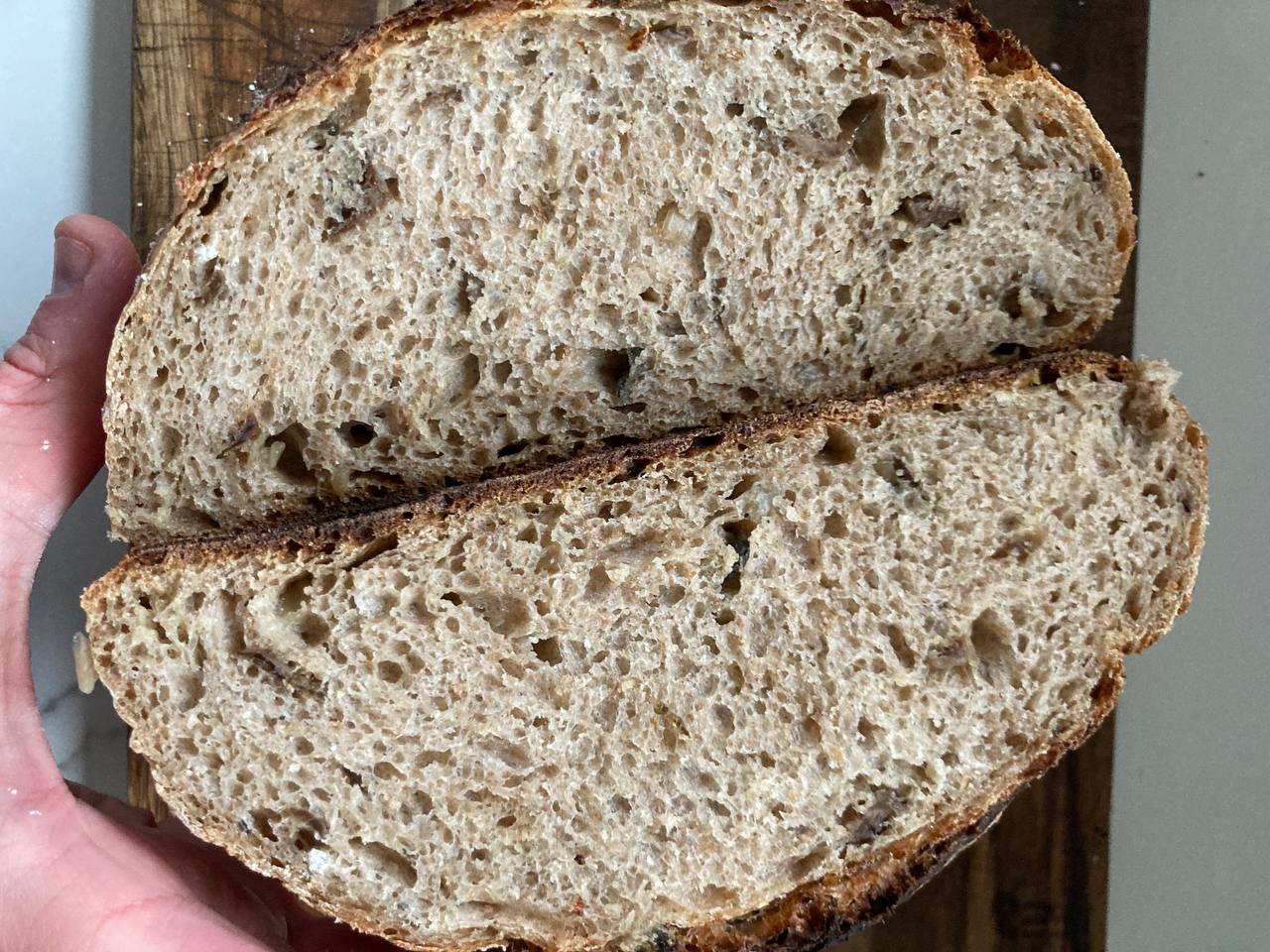 Given the wide availability of Kalew flour from Tartu Mill, I am using that to feed my starter.

To start, mix 3 parts of whole wheat flour with 6 parts of all-purpose flour. This mixture will be used to feed the starter daily.

Take equal parts by weight the flour mixture and water, and mix them together. I used 100g of each. Losely cover the jar and place it in the oven for the next 24 hours.

Because it’s generally chill in our house (around 18-20C), I turned on the lights in the oven. The temperature there is around 25C.

No feeding during this day. Just stir the mixture with a spatula to aerate it, and leave for another 24 hours.

After 48 hours you should see some activity. The starter might have risen a bit and started bubbling. The smell might not be very pleasant initially, but eventually it should go away and become nice and sour.

Starting with the day 3 there will be 2 feedings: one in the morning, and one in the evening.

In the morning take 30g of starter, and mix it with 60g of feeding mixture and 60g of water. Later in the evening add 15g of flour mixture and 10g of water, mix it well and leave overnight.

At the end of the week the starter should be ready to bake with. You can continue using the same feeding mixture of whole grain and all-purpose flour, or slowly reduce the amount of whole-grain and use only all-purpose. The reason I did the latter is that I don’t use use whole grain that often during baking, and so it eventually expires. Or maybe I should start.